Top 20 Craziest Things On Record During My Ongoing Custody Battle

1. "The (psychological) testing stated that she (DBE) had the attitude of being very healthy when she is in fact very ill." -Ron Miciotto, attorney for my son's father (Charles H. "Pete" Kammer, III, who is also an attorney), Sept. 4, 2008

3. "Debbie became highly agitated, very emotionally labile, argumentative, and absolutely fragmented...she demonstrated no insight into her behaviors and projected blame onto others....and ran out of the office crying loudly....exhibited severe emotional liability (sic) in the session, ranging from sarcasm, anger, sadness, anxiety, calmness to hostility. She was unable to fully process the issues...Debbie had a very hard time taking responsibility for her own actions." - Shelley Booker, LCSW, June 3, 2006

5. After I opposed being ordered to pay thousands of dollars for cosmetic orthodontics for my son: "...Orthodontia care, or however you say it, is a part of what is the standard bunch of stuff that a kid is supposed to have. And people that challenge it do so...they run out and they claim it's for cosmetic purposes only....normally they're just people that want to litigate for sport...he (the father) has the right to implement all of this...it's not major medical, it's not an emergency...I'm assuming that you would agree with that...That's why I jumped past all the stuff that just really doesn't matter. Are you with me on that?...It's routine medical care that is engineered into our law by the legislature. Why haven't you paid?" - Judge Woody Nesbitt, June 23, 2006

6. Judge Nesbitt: "I don't have time to read all the reports...and because of the problem of the suit record not being locatable...We can't find your suit record. We have no idea. It's been around. We just can't find it....Is this at the warehouse?"

Clerk: "We've called several times and they said it was checked out to you."

Judge Nesbitt: "It was. It was but don't ask me, I've looked high and low. I thought it was being kept in my office...."

Clerk: "It's probably buried somewhere in your office."

7. "She (Shelley Booker) has recommended basically that the Court take immediate steps to essentially seclude, to remove the child from your, if you will, emotional outbursts....I've received hundreds of reports from Ms. Booker and they're usually factually extremely accurate. Sometimes I go with it, sometimes I go opposite. I do commitments monthly....and I have done massive amounts of reading on my own....but all of this is strongly suggestive of very serious what are called personality disorders being onboard with you. You're not being railroaded." -Judge Woody Nesbitt, June 23, 2006

Judge: "I'm sorry....you need to just drop it...(Ms. Booker) doesn't make this stuff up....you're going to have to get a grip on the problems that may be onboard. I'm not a diagnosing physician but I tend to be pretty accurate...you do not have the capacity because you just don't understand it and accept it...your kid is an emotional wreck. I'm not going to have your kid testify. I'm not going to talk to him....the road you're on is to be visiting with your child through a plexiglass wall with a court-ordered supervisor at your side at every visitation. I hope you don't have a diagnosed problem called borderline disorder....I'll let (DBE) read it (DBE's defense statement), but I may not give it any weight."

Following that, Judge Nesbitt never let me defend myself, he excused all my witnesses from the courtroom, and never let them return. He stated: "I don't give a hoot who these people are or what they're going to say." -June 23, 2006

9. Me: "Is there no way that we can get an objective party (to act as a mental health/custody expert)?...(Mr. Kammer) had his attorney call me and ask me (to agree to use Shelley Booker, his neighbor & personal friend, as our custody-visitation evaluator)...."

Judge Nesbitt (interrupting): Hang on. Hang on. He didn't pick anybody. You've got to dismiss that. Never happened....He did not have anything to do with Ms. Booker at all...he didn't pick Ms. Booker."

Me: "So if there was only one other alternative (evaluator, according to Judge Nesbitt) besides Ms. (Sandi) Davis then why did he have his attorney call me and ask if I would agree to use Booker?"

Judge Nesbitt: "I don't think that's quite how it happened. I appointed Ms. Booker."

Judge Nesbitt: "I'm not worried about it. It's not an issue. Stop creating fictional issues. That is one of the typical personality traits of people with the borderline problem and other personality disorders." -June 23, 2006

10. "I'm going to ask Mr. Miciotto, Mr. Kammer to confer and I'm going to let Mr. Miciotto tell me, recommend, suggest to me something that would be acceptable as recommending and asking that I do in terms of modifying the visitation....I'm going to take Mr. Miciotto and Mr. Kammer up on their offer and since they offered it, I think that is the appropriate interim order." - Judge Woody Nesbitt, June 23, 2006

Me: "What she did not report was that while I was in the office for about 15 minutes with Joseph in front of Ms. Booker that we talked about some behavioral issues that he had been having at school with his conduct, we talked about the fact that none of this was Joseph's fault that we were going through all this stuff (custody suits filed by Mr. Kammer) that we've had to go through for so many years. We talked about a lot of different things. I patted Joseph on the shoulder, I was nurturing with him, he looked at me and we laughed a couple of times about some things. I mean she put one thing in here and she left out everything else from the whole visit."

Me: "That she excluded important information?"

13. Me: "(Mr. Kammer) has been suing me for 10 years. He sued me because I had a pond on my property. He filed a motion against me...in 2004 alleging that I owed Joseph's school over $8,000 and dropped it (the lawsuit) within the next few days. I mean he just has a pattern of doing this to me, harassing me via the court system because he can. He knows I don't make as much money as him. He knows it's going to be hard for me to find a lawyer to represent me.

Me: "But we've got all the court history to back it up."

14. Me: "All these things that I haven't been able to read in defense of myself, can I submit these here & now and have something - put them in the record?"

Judge Nesbitt: "What are these things?"

Me: "This is my defense for myself against the allegations that she (Shelley Booker) makes in her report."

15. "They are not to discuss any aspect of anything involving litigation, custody, anything negative about either parent or anybody in anybody's household. I don't care if you live with a herd of gypsies or bikers, (Joseph)'s not going to say bad things about the bikers and vice-versa." -Judge Woody Nesbitt, June 23, 2006

16. Judge Nesbitt: "Do you have any questions at all right now?"

18. The Court (Judge Nesbitt, et al) added to the Interim Order from the June 23, 2006, hearing, provisions that were not a part of the Court's June 23, 2006, rulings and which were not discussed in open court.

19. On September 29, 2006, the Court (Judge Nesbitt) signed an ex parte order based in part on the language added after the fact from the June 23, 2006, hearing entirely suspending my visitation with my son. The Court (Judge Nesbitt, et al) failed to timely rescind this order or set a hearing.

20. The Court (Judge Nesbitt, et al) refused to set a hearing after I formally requested one on December 12, 2006.

One last goof recorded nearly half-way through our 2006 custody hearing:
Ron Miciotto: "Your Honor, I may have missed this. Has she (DBE) been placed under oath?"
Judge Nesbitt: "I don't know....Let's oath everybody." -June 23, 2006

Former-Judge Woodrow "Woody" Nesbitt has since quit the bench, and gone into private practice with his dear friend, attorney Ron Miciotto.
Posted by Debbie Buchanan Engle at 4:48 PM 32 comments: 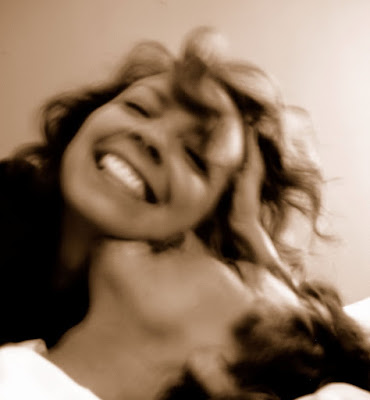 Posted by Debbie Buchanan Engle at 8:48 PM No comments: