Posted by Debbie Buchanan Engle at 2:35 PM No comments:

Integrity, Competence, and Caring are the Key Factors of Trust

...what are the components of trust? How can they be planted and nurtured? What resources might help you to do that?
"Expert" voices from diverse disciplines tend to agree that (1) distrust is widespread; (2) over time, trust can be eroded by small blunders as surely as by major violations; and (3) the basic components of trust include integrity, competence, and caring.
A report from Robert Hurley, "The Decision to Trust," notes that half of all business managers do not trust their leaders. The reason? Surprisingly, it's usually not tied to some egregious wrongdoing. Rather, it's often tied to leaders' little half-truths—along with their secrecy, their failure to keep their word, their unfounded claims of competence, and their ultimate lack of "benevolent concern" for employees.
With these clues about what erodes trust, what have researchers concluded about the factors that build it? While they call them by different names, they consistently cite integrity, competence, and caring as the key factors of trust.
Cathleen McGrath and Deone Zell's study in MITSloan Management Review, "Profiles of Trust: Who to Turn To, and for What," defines "trust" as "the willingness to take risks or be vulnerable to another person when there is something of importance to be lost."
Naming the attributes of trust as "integrity, ability, and benevolence," McGrath and Zell portray eight kinds of "trustees," based on the varying degrees to which they demonstrate these attributes:
Each type demonstrates admirable qualities, but trust can go down if one attribute consistently trumps another. The "cheerleaders" who compromise their integrity, or the "star players" who don't care for others, will lose trust sooner or later.
Perhaps you recognize yourself, your colleague, or an employee in one of these portraits. But you also recognize that each of you can move toward the "trustworthy partner" portrait by building and communicating integrity, competence, and caring.
Posted by Debbie Buchanan Engle at 9:37 AM No comments: 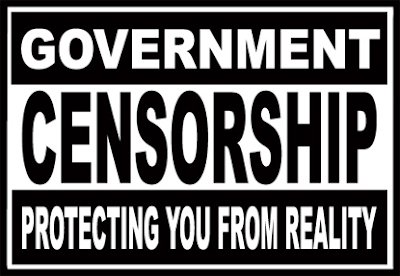 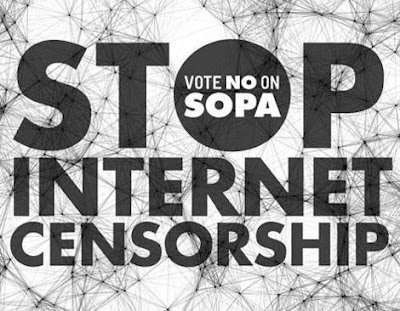 Posted by Debbie Buchanan Engle at 9:58 PM No comments:

The Artwork of Leonard Maiden

His work + music by Shreveporter Alan Dyson = fantastic video:  http://www.youtube.com/watch?feature=player_embedded&v=IncV7gI9XlQ
Posted by Debbie Buchanan Engle at 9:38 AM No comments:

The U.S. Chamber of Commerce is at the forefront of efforts to pass the Internet Censorship Act, which fundamentally threatens the internet as we know it.

If the bill passes, corporate copyright holders would be able to demand the government shut down a website based on nothing more than an allegation that the website contains copyrighted material. And the government could do this even without a court order.

The free speech implications of this kind of extra-judicial government censorship of the internet is chilling. It's nothing short of an outright attack on our free internet. 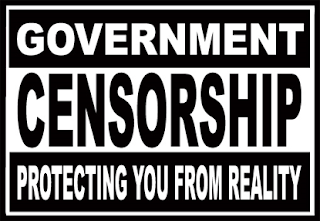 Google, which is strongly opposed to the Internet Censorship Act and has an unofficial motto of "Don't be evil," is a member of the Chamber of Commerce. But the Chamber's all-out support of this incredibly dangerous legislation has reportedly caused Google to consider quitting the right-wing organization in protest.

If Google leaves the Chamber, it will further reveal that the Chamber is nothing more than a front group for a small handful of wealthy corporate special interests. And this will further chip away at the Chamber's grandiose claim to broadly represent the interests of the American business community. 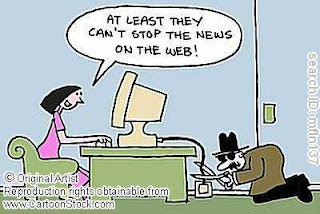 We've already seen a number of big corporations including Yahoo and Apple leave the Chamber, and it's a very big deal that Google is reportedly considering the same thing right now.

This is a case where the business interests of Google align with the needs of all of us who depend on the free and open internet.

Progressives have any number of reasons to want to see the influence of the Chamber of Commerce diminish.

As the election season heats up, we'll almost certainly see the Chamber run vicious smear campaigns against people running against any number of right-wing extremists.

But more fundamentally, whether it's shilling for Big Oil or the tobacco companies or media giants, the Chamber is the poster child for how wealthy corporate money corrupts our system of government. 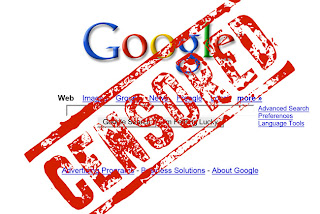 We have a chance now to help Google to do the right thing and quit the Chamber. Now's the time to speak out.

25 Rules for Mothers of Sons

Posted by Debbie Buchanan Engle at 6:04 PM No comments:

Email ThisBlogThis!Share to TwitterShare to FacebookShare to Pinterest
Labels: rules for mothers of sons boys

"Crony capitalism...is the name of the Republican game." ~Robert Scheer

Jane Smith, a Republican whose term as the District 8 member of the state House of Representatives ends Monday, is taking an appointment as deputy secretary of the Louisiana Revenue Department, it was announced today. Smith's hiring is drawing fire from political watchdogs who say that Smith is not qualified for the job.

Shreveport demographer Elliot Stonecipher said that this is "more evidence of what we said all along up here about how Teepell / Jindal were in charge of her campaign for the Senate, and how much she's been in on what they've been doing for the last four years."
This no-doubt high-salary will be on top of her teacher retirement.
"All of us, of course, have to worry now about her tampering with our state income taxes, I guess. I hope that's a joke, but I'm not sure."
In an email sent to his subscribers, good-government watchdog C.B. Forgotston said that Smith's hiring was proof that "The 'Roads Scholar' (Jindal) is continuing to reduce unemployment in Louisiana."
Forgotston wrote that "Today, we learn that another soon-to-be, unemployed, politician will be quickly employed by the taxpayers of Louisiana.
Term-limited and recently defeated for the state senate, Rep. Jane Smith will not miss a single feeding from the public trough.
Despite mid-year budget cuts to Higher Ed and Healthcare, there's always room for another "good ol' boy" or in this case a "good ol' gal" at the public trough.
The more things change..
This latest political hiring follows the hires of Kevin Davis who was term-limited as St. Tammany Parish President, and Craig Taffaro who was defeated for reelection as St. Bernard Parish President.
It's yet to be confirmed what Smith's salary will be, but it the previous political hirings are any indication it will be six-figures. All will be getting increases from their previous feedings at the public trough.
In addition, Smith currently draws $64,000 annually from the Teachers Retirement system and her husband is being paid $94,000 a year as Assistant Superintendent of Bossier Parish Schools.
A good guess is that starting next week, the two Smiths will draw from the public trough approximately $250,000, annually. Not too shabby for a couple of school teachers.
Outrage?
If Edwin Edwards was the governor cutting Higher Ed and Heathcare while employing out-of-work political cronies like Jindal, there would be a huge public outcry. However, with Jindal, there is nothing but deafening silence.
Forgotston wondered, "Where's outrage?"
http://www.thedeadpelican.com for updates
(C) THE DEAD PELICAN 2012 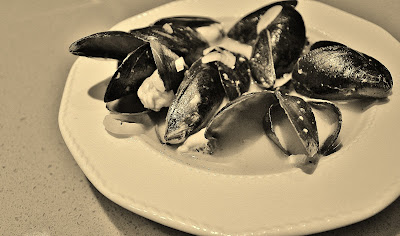 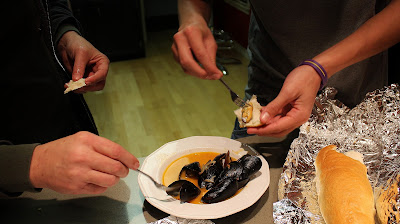 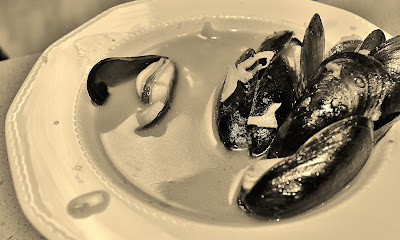 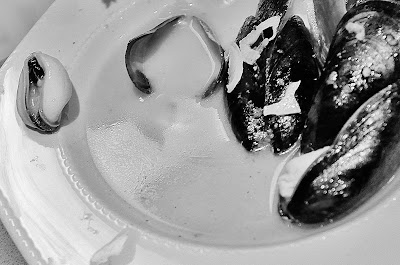 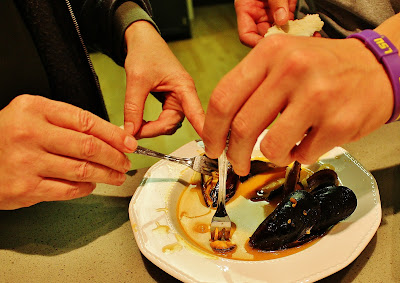 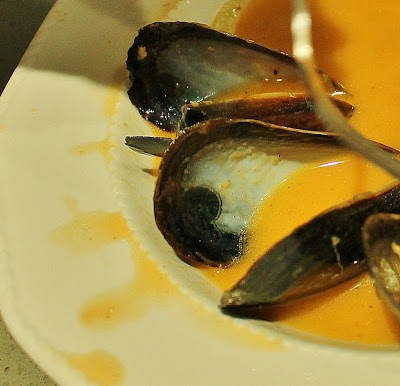 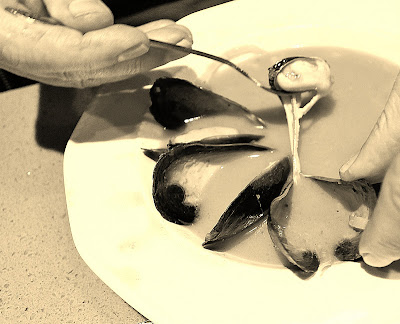 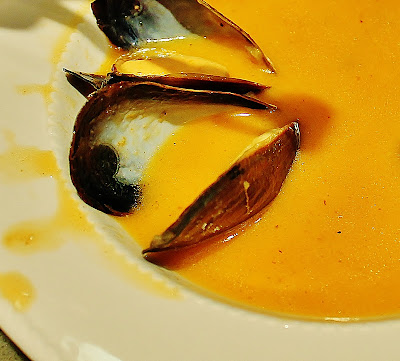 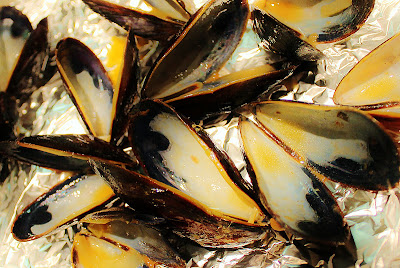 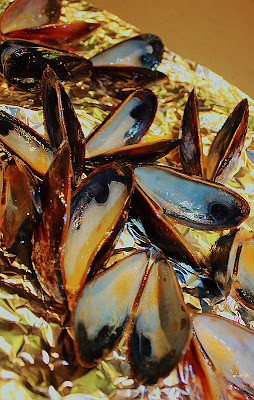 Posted by Debbie Buchanan Engle at 8:56 PM No comments:


Source:  http://www.brainpickings.org/index.php/page/2/
Posted by Debbie Buchanan Engle at 10:36 AM No comments:

Source:  http://www.brainpickings.org/index.php/page/2/
Posted by Debbie Buchanan Engle at 10:31 AM No comments:

A List of Don’ts for Women on Bicycles Circa 1895 We’ve already seen how the bicycle emancipated women, but it wasn’t exactly a smooth ride. The following list of 41 don’ts for female cyclists was published in 1895 in the newspaper New York World by an author of unknown gender. Equal parts amusing and appalling, the list is the best (or worst, depending on you look at it) thing since the Victorian map of woman’s heart.
Posted by Debbie Buchanan Engle at 10:27 AM No comments:

In no particular order… 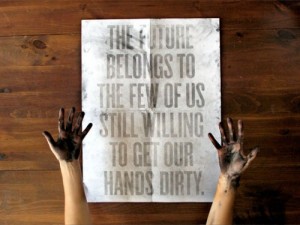 Posted by Debbie Buchanan Engle at 10:22 AM No comments: