Posted by Debbie Buchanan Engle at 12:22 PM No comments: 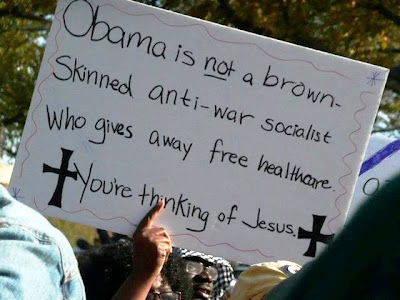 Posted by Debbie Buchanan Engle at 8:03 PM No comments:

Vote for my artwork in this important exhibition!

Click here and vote before January 28!
Posted by Debbie Buchanan Engle at 12:13 PM No comments:

Click HERE to bid on my original artworks.  Check back often to be sure you acquire the pieces you want - bidding closes February 4, 2011.
This is a Facebook page - you will need to send a friend request to "Art Clearance" prior to bidding.
Posted by Debbie Buchanan Engle at 9:04 AM No comments:

Posted by Debbie Buchanan Engle at 7:24 PM No comments:

Read news articles in the Shreveport Times and KTBS.com.


"Would they love Him down in Shreveport today?"  -written & performed by George Jones (appropriate lyrics; goofy images)
Posted by Debbie Buchanan Engle at 3:12 PM No comments:

Child dies as a result of the legal system in Louisiana

BOTH of my sons have been failed by this same, broken legal system!

I have an almost 20-yr-old son, Christopher Buchanan, who has been kept in seclusion for YEARS in rural Bossier Parish by his father.  His father is CRAIG LEE BUCHANAN, and his stepmother is RACHEL SPEARS BUCHANAN.  She owns BUCHANAN INSURANCE SERVICES.  They haven't allowed Christopher to see me for years, and have LIED to him about me and our family.  Professionally, Craig & Rachel Buchanan have been involved in NUMEROUS pyramid schemes, have not provided their step-children with an education, and hide them in seclusion at their home in North Bossier Parish. They are also fringe religious fanatics!! DO NOT get involved with them!! Craig disappeared with Christopher TWICE when Chris was a child, and used a prolonged custody battle to steal him from me & collect thousands in child support because HE refused to work. They have taught their step-children to LIE about their living conditions. Craig has a history of violent outbursts, and has physically abused both his stepdaughter and his wife.

My youngest son's father, PETE KAMMER, has used the court system to prolong our custody battle since 1997!

THE LEGAL SYSTEM IN LOUISIANA IS BROKEN, AND NO ONE CARES!!
Posted by Debbie Buchanan Engle at 8:44 AM No comments:

And a nice live version of "Hallelujah."
Posted by Debbie Buchanan Engle at 8:22 PM No comments:

The Vandalism of Huckleberry Finn

The Vandalism of Huckleberry Finn 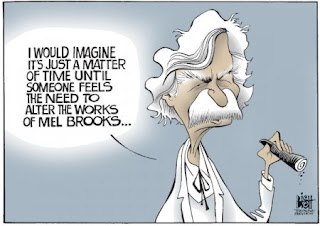 "Alabama publisher NewSouth Books is preparing to release a new version of Mark Twain’s classic The Adventures of Huckleberry Finn, edited to remove a couple of words that offend modern ears. One of them is injun,' and the other is now considered acceptable only in rap songs and Quentin Tarantino films. The offending n-world will be replaced by “slave,” which will make it read like a cornpone version of Spartacus. "

"NewSouth Books calls this a “bold and compassionate move” to “counter pre-emptive censorship,” according to the UK Guardian’s story about the release. The idea is that teachers don’t like saying the N-word out loud, or forcing students to say it, so the book has been tragically expunged from many classes. Were they also having trouble saying 'injun?'”

"Twain knew exactly what the word “slave” meant. He once said, “The skin of every human being contains a slave.” A little over 200 times in The Adventures of Huckleberry Finn, he used a different word, one that was common in his day. Pretending it wasn’t does not enhance anyone’s understanding of the past. The study of history requires a measure of courage, because the student will not always like what he sees. Dr. Gribben’s motivation is understandable, but students are better served with difficult truth than easy ignorance. We’ve already convinced ourselves to forget about far too much that has come before… and we spend too much time reeling in surprise when it comes around again."

The new year is always a time of idealism. We want to improve ourselves, lose weight, find success in a new career: everyone has high aspirations. Why shouldn’t we do the same for the art world? Here’s a list of resolutions I have for the contemporary art community in 2011. There are some suggestions, some criticisms and some predictions, but what they all have in common is a desire to foster a better public artistic dialogue, free of some of the snares we encountered over this past year.

From the New Museum Skin Fruit fluff show to questionable policies at the Metropolitan, I’m definitely tired of the collector-retrospective as museum exhibition. It’s morally compromised, not to mention bad. Lately, we’ve also had museums shirking their public duties by focusing in on the reactions of a small group of people, with the Wojnarowicz scandal in particular. 2011 should be the year that museums start remembering their core audiences.


2. Artists will take greater control over the presentation of their work

The internet and new media have enabled artists to take an ever more active role in how their own work is perceived. Often a tumblr, twitter or blog is enough to give artists a newly powerful voice in the larger artistic dialogue, and gives artists far greater access to their audiences. This year, that dialogue should expand even further with more artist-driven conversation and crowd-funding initiatives for artists’ projects.


3. Either everyone can be a critic, or no one can


Going along with that last one, now that everyone has a voice online, we should all learn how to use it, and use it responsibly. Anyone can comment on a blogpost or publish something trashing an artist’s work, but we have to be aware of the internet as a medium for criticism with its own boundaries, rules of propriety and etiquette. If we can’t set up a community that allows everyone to express themselves safely, then no one will really be able to be a critic. Dialogue is either open or it’s nothing.


This one goes for Jeffrey Deitch at LA MoCA as much as it does for the conflation of celebrity backing and museum “sexiness”. Celebrities don’t make great museums; great curators and researchers and administrators do. Sexiness is all well and good, and it helps attract funding, but what we really need is high quality exhibitions with real, original thought behind them.

Look, didn’t we go through this with starchitects? The term simultaneously created and destroyed a generation of architects that began to look too big for their elaborately sculptured britches. We don’t need the same fame bubble to kill off intelligent curating. The best curators are never going to be the exhibition auteurs who travel the world dipping into different art scenes (I’m looking at you, HUO), they are the scholars who take enough time to think through as well as feel out the art they’re showing. Let’s not let star curators take over the museum world as well as the overheated biennial circuit.

Everyone remember the hullabaloo that followed the first auction price returns of this past year? The prices skyrocketed again, and maybe the art market’s back, at least for those blue-chippers, but that doesn’t mean we’re back on stable ground. Accusations of price-fixing followed the Philips de Pury sale of Andy Warhol’s “Men in Her Life” for $63 million and Artinfo ran an investigative expose on what might have driven the astronomical sales of emerging artist Jacob Kassay at auction. High auction prices don’t immediately imply success, nor can we even really trust them as economic indicators with all these games going on.

Gagosian gallery proved that commercial art spaces can pull off museum-style exhibitions without sacrificing credibility, insight or public benefit. The late Picasso show of March-June 2009 and this year’s Rauschenberg combines exhibition were two decisive gestures that proved galleries could stand up to museum’s seriousness. This development also means that museums should step up to the gauntlet thrown down by galleries. Be more daring: we, the viewing public, actually enjoy it. We like drama, we like punch, and we like shows that take the work and its audience seriously. These commercial exhibitions provided a visceral experience with art and artists often missing from overly didactic museum exhibitions.

The Whitney is finally making a decision to move downtown to keep company with the High Line, but the question remains what will happen to the original Breuer building. This will probably be the most enduring museum story of 2011 and is doubtless one of the most important things happening in the NYC museum world. Here’s to hoping that the gradual development of the plan to move goes without any huge hitches (or scandals) and that a good use is found for the older space.


9. Stop censorship before it snowballs

This new year, let’s not have any oblivious museum overlords removing pieces from shows just because someone suggested that controversial art might offend. Great art often offends, and museums exist to make sure that though some might disagree with art or artists’ importance, they remains well-protected for the future. In the case of the removal of David Wojnarowicz’s “A Fire in My Belly,” everything went wrong that could have gone wrong. In 2011, let’s see Smithsonian secretary Clough speak up about his decision, and structures put into place to make sure this doesn’t happen again.

Also see above. If the path of the last few months is any indication, we are in for some fighting over art in 2011. While keeping up the good fight to keep art in the public dialogue, we must remember that there is more at stake than the legacies of artists or the careers of curators. The preservation art’s importance will determine the future of art in our communities and our history. Let’s make sure that whatever happens, the art world doesn’t lose its head, become reactionary, or forget the end goal: to reaffirm art’s relevance in public discourse.
Posted by Debbie Buchanan Engle at 7:06 PM No comments: