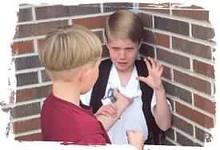 Despite last-minute revisions designed to mollify family-values conservatives, Rep. Austin Badon’s anti-bullying bill went down in flames today at a contentious session of the Louisiana House. HB 112, known as the “Safe Schools Bill,” was fiercely opposed by the Louisiana Family Forum and Louisiana Baptists; it failed in a 53-43 vote.

On May 18, John Yeats, the communications director for the Louisiana Baptists, wrote that the Baptists “despise bullying,” but the bill “has been hijacked by the Gay and Lesbian lobby by creating special classes of persons who are often victims of bullying.”

Earlier in the day, the House had amended the bill to remove a passage that cited “race, color, religion, ancestry, national origin, sexual orientation, gender, gender identity or expression, physical characteristic, political persuasion, mental disability, or physical disability, as well as attire or association with others identified by such categories.” This wasn’t enough for Rep. Alan Seabaugh, R-Shreveport, who was quoted by Walter Pierce of The Independent as telling fellow lawmakers, “This bill was intended to promote an agenda and force teaching alternative lifestyles to our children. Every person who testified [on behalf of the bill] was either gay or testifying on behalf of someone who is gay, so let’s not delude ourselves about the intent of this bill.”

Seabaugh later added, “This language [in the bill] is straight out of the lesbian, gay, transgender playbook.”

The Independent also quoted a frustrated Badon addressing the chamber after the vote:


“It’s a sad day in Louisiana. We have the authority and the power to address this issue. It’s a sad day when we won’t stand up and help the parents. For us to sit here and say that the conservative, religious right is going to dictate to us how we’re going to vote, I’m embarrassed by that. You should be ashamed of that. ...You got sidetracked, folks, you got sidetracked. You had the old okey-doke pulled on you. ...We turned this issue into something completely different than what it was.”

"You are an embarrassment to Shreveport and to the State of Louisiana.

I sincerely hope your kids never get bullied in school - and that someone steps up to the plate & teaches them to not be prejudiced against people who are not white, wealthy, and conservative.

Maybe someday, you will learn that lesson yourself.


"If the bill would have addressed bullying, I would have made sure it passed. But this bill was model legislation used in other states to force school systems to teach elementary school kids about homosexual lifestyles. That would be an embarrassment to Louisiana!! If you would do a little research before going off half cocked, you would see that everything I said yesterday was exactly correct."
_____________________________________________
My response to Mr. Seabaugh this morning, 5/20/11:

"Just as I suspected, your eloquence & logic are overwhelmingly banal.

The entire bill "addresses" bullying. Believe it or not, I can read, sir.


YOU picked out the words "sexual orientation" and "gender identity or expression," to quash a model anti-hate bill which would have positively affected thousands of children in our state's school system.

Regardless of what you attorney/legislator/fear-monger/fundamentalist-type legislators believe, people who differ from your constricted views of "normalcy" are STILL human beings. They are created by God, and deserve equal protection, love and compassion.

"There are currently 28 laws, statutes and regulations in Louisiana which prohibit bullying. This bill added nothing except to open our schools to the teaching of the LGBT agenda. I have studied the teachings of Jesus Christ and I agree with his teachings regarding homosexuality. It is a sin plain and simple and it does not need to be taught in our schools. I was taught long ago to avoid getting into a debate with an idiot. It was said that the idiot would simply bring me down to her level and beat me with experience. So, in keeping with my education, I will now discontinue this discussion."
_____________________________________
My final response to Mr. Seabaugh this morning, 5/20/11:

"May God have mercy on your soul, sir.

Glad I find your blog. I am the process of redoing my links on my mine but if scroll down to past the Catholic links to the Louisiana secton you can see them. I hope finish adding the new links ( I am have been horrible at updating) and will add your. They are or will be polictically diverse.

Anyway I saw your blog linked via the a New Orleans politco commentatot. I opposed the bill. I give my reasons why here

OMG. I talked to Rep Hollis Downs my Rep from Ruston La. He voted yes, and it was only after hearing the childrens & students testimony that he changed his mind to vote for it. But kept saying one that testified was not gay, but was testifing for on others behalf. This is a sad day when someone like made the above statements represents people in La. especially Shreveport. Not surprising about the La. Baptists lobbying so hard against. I am going to give the Baptist hell over this. Sad, Sad day. Pitiful haters, pure haters of the worse kind voted no on this.

Wait... Rep. Seabaugh said: "I have studied the teachings of Jesus Christ and I agree with his teachings regarding homosexuality."

Except Jesus never said word one about homosexuality. Not one word. Nadda. Nothing.

And if he had studied Jesus' teaching so well, why was he opposed to a law that says a kid can't be beat up because someone thinks he might be gay or otherwise different from the white, conservative Christian mainstream?

Wow...someone needs to get these guys out of office and soon.